The Grandparent Scam Explained: What you need to know Fraud Awareness Education Helps

Awakened by a phone call from a grandchild who is in trouble; of course you want to help. No-one ever thinks they could be tricked by a con, but fraudsters can be so good at social and emotional manipulation they might get past our best defenses. The “grandparent scam” has been reported to law enforcement for years and is still very much alive today.

According to the FBI common scenarios include:

Social Media has added new levels of believability to this scam.

The amount requested in this scam can range from a few hundred to a few thousand and typically does not meet the threshold for the FBI to open an investigation. The fraudster will ask that the money be wired to them which makes it impossible to get back. Your best bet is to avoid being a victim. In April of 2014, CBS News talked to a man awaiting sentencing for his role in a scam in California. He told the interviewer “You can make $10,000, sometimes in a day, if you do it properly.” He also added that about 1 in 50 people would fall for the scam. The key was to get the person emotionally involved.

Here are ways to avoid falling for this con 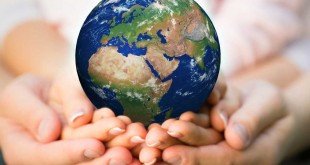 Photobucket is one of the most popular and most trusted photo sharing sites. It’s been …