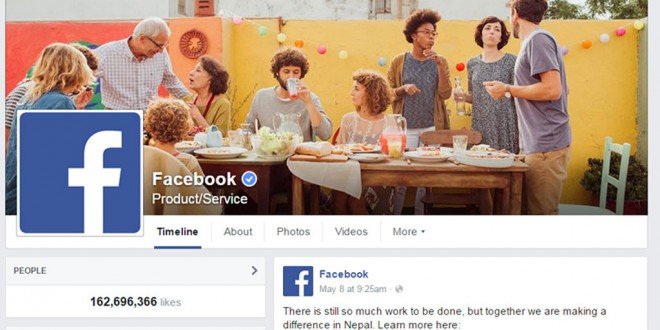 Facebook isn’t a photo sharing site specifically. It’s just a regular social media site where you can also share photos, in addition to other stuff. But Facebook is useful for sharing photos for several reasons.

The main reason why Facebook is good for sharing pictures is that it’s the world’s biggest social media site. With so many people using it, there’s a good chance that you and your family are all already signed up for it. You’re all already connected. So, you’re effectively ready to start uploading pictures and you didn’t even know it.

It also helps that it’s quick, easy and convenient. Sharing photos is pretty much the same as updating your status or sharing content. If you have a smartphone, you can take a picture and in literally a second, it’s up. It’s also easy to upload photos from your PC.

Your grandchild does something funny or cute, and their parents snap a picture of it with their smartphone. Within a second, they upload it to Facebook, where you can see it. If you right-click images on Facebook, you have the option of saving. Within a few seconds, you’ve got the picture.

For the PC option, you can either click where it says “Add Photos/Video” above the status update, or the small camera icon at the bottom-left. Next, it will ask you to select a file from your computer. Just like the smartphone option, when you see the picture on Facebook, you can right-click and save.

Facebook allows you to tag people in a post. When you tag a picture or a post, you attach another user’s name to that post, and it will alert the person. This is an easy way to set up an impromptu alert system. When a family member posts a grandkid pic, they can tag you in the post and you’ll know there are new photos up.

Facebook also allows you a great deal of choice when it comes to creating and organizing folders. Pictures can be moved easily from one folder to another. Users can create a special folder just for kid pics.

You can also share videos on Facebook. Again, click on “Add Photos/Video” and you can upload a video instead of a photo. Facebook supports a wide range of video formats and it allows you to post pretty big videos, although there is a limit 1GB or twenty minutes, whichever comes first. 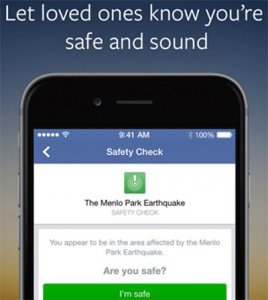 In terms of editing, there’s not much you can do once your pictures are posted on Facebook. If you want to edit, you should do it before you post the pictures. Some photo sharing sites have built-in editing features but Facebook isn’t one of them. You can only rotate photos.

There are some free photo editing programs that you can use, like Ribbet, PicMonkey and Fotofriend, but these aren’t part of Facebook.

Facebook is very easy to use for photo sharing, but for folks who have never used social media before, it can be confusing. If you’re not particularly into socializing through Facebook, you can sign up just to get pictures. You have to have a Facebook account to access pictures. Enter only the required account information and connect only with the family members from whom you want to receive pictures. This way, you don’t have to be an active Facebook user to get the pictures.

A great way to control privacy, as well as make images easy to share, is to create a “group.” This is a feature of Facebook that allows you to segment your connections into categories of your choosing, such as family, co-workers, business partners, people who share a particular hobby, and so on. In fact, the Family group comes standard with your Facebook account.

You can then create a folder and set its privacy settings so that only members of a certain group can see it. So, for example, you can create a folder called “Grandchildren” and make it viewable only to your Family group. This keeps other users from seeing these particular photos, while also making it easy for your family members to see them because they’re put together into one folder.

An even more private option is to send pictures as messages. This takes a bit more work to do, especially if you’re sharing a large number of photos, but it ensures that only you and the recipient will see it. The parents can take a picture of the grandkids and simply send it to you in a private message, where you can right-click and save.

Summary – The Pros and Cons of Facebook for Picture Sharing 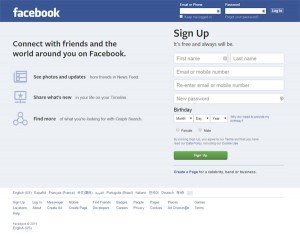 Facebook is a great site for sharing photos if only for the reason that it has so many users. However, it may not be great for folks who shy away from social media because you have to create an account to get photos from it.

Introducing Your Cat to Your New Grandchild

Cats and grandbabies can become great friends, but you need to start things off on …