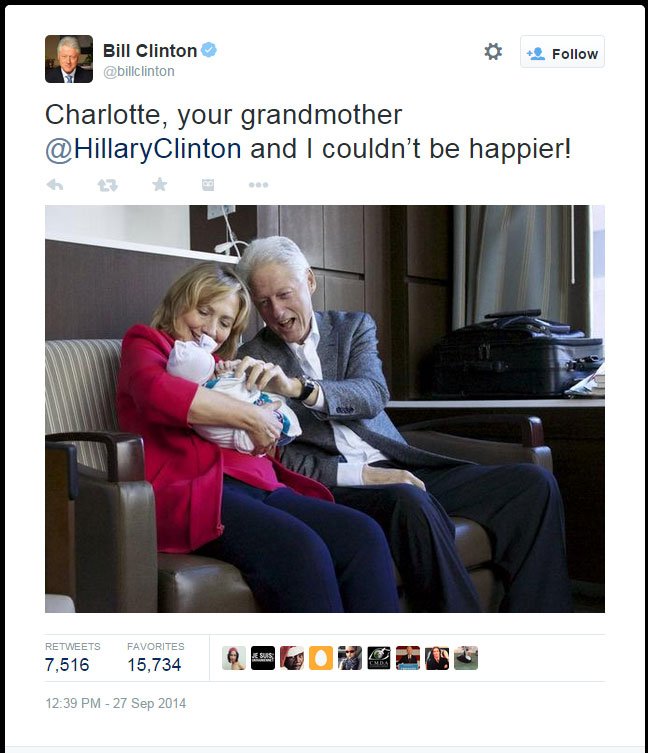 In an January 14th appearance on Late Night With Seth Meyers, the former president Bill Clinton noted that “So far my daughter has not had to discipline her overly exuberant grandparents too. much.” Like grandparents all over he admitted that his first Granddaughter Charlotte, born last September, has him wrapped around her finger.

Granddaughter Charlotte is the first grandchild for Bill and Hillary. Tweets of joy were posted on both of their twitter accounts back when she was born. In this most recent interview, he said, “like every other grandparent, I think my granddaughter is the greatest thing since sliced bread.”

Since Charlotte’s parents, Clinton’s daughter Chelsea and her husband Marc Mezvinsky live in New York, Bill and Hillary are able to frequently spend time with their granddaughter. As parents Bill offered them praise “You know, these young people, they know what the rules are on child rearing. It’s very impressive.”

Many vacation fantasies include lying on a beach, drink within reach, as crystal clear waves …