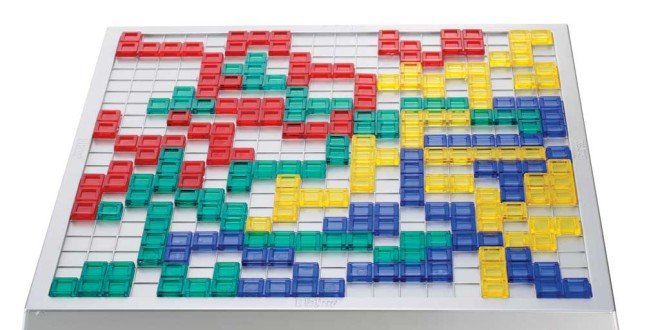 Game Time with the Grandkids Game Suggestions for School-Aged Kids

With nasty weather trapping thousands in the house this winter, school aged kids naturally get pretty bored after school. Many kids turn to electronic gadgets to fill their after-school hours. However, there is a limit to how many times kids can play Angry Birds and other video games. Additionally, many kids get antsy and irritable when they spend too much time in front of screens. If your grandchild needs help filling their after-school hours with wholesome fun, you may want to buy some games that you can play with them. Here are three favorites to help you enjoy these long winter afternoons with your grandchildren. 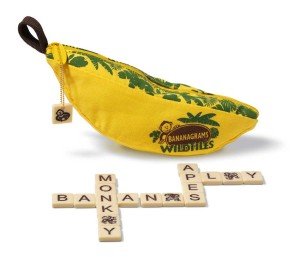 If you love the game of Scrabble, but find the turn-taking and scoring tedious, you will probably love Bananagrams. Each player starts out with a pile of their own tiles and try to build their own crossword puzzles, linking together words, and using all of their tiles. Players draw additional tiles as they use them up. The game is over when there are no more tiles. The winner is the last person to use up all of their tiles with no errors in their crosswords.

Bananagrams is fast-paced, since everyone works on their own crosswords with their own tiles all at the same time. Additionally, both adults and kids of many different ages can compete equally well, since words of all difficulties can be used.

Bananagrams can be played with two to six players and by kids ages seven and up. It is educational since kids use their spelling and vocabulary skills while playing it, but it is competitive enough to be fun for everyone playing. 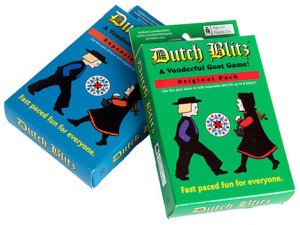 Dutch Blitz is the perfect way to kill short periods of time or for longer marathon game sessions. This is another game in which all of the players play at the same time. There is no dull turn-taking, and the games go quickly.  Additionally, there aren’t tiny pieces to keep up with for this game. You simply need the deck of Dutch Blitz cards and a notepad and pen for scorekeeping.

Games begin with a “Blitz pile” of ten cards in front of each player and a stack of cards in each person’s hand. Using the cards in their hands, players start building stacks of ten cards with matching colors in the center of the table. The colored cards are numbered from one to ten and must be played in order. The excitement builds as all the players are trying to get rid of all of their cards at the same time and probably are trying to build on the same stacks.

Dutch Blitz is easy to play and simple to learn. It is appropriate for kids aged eight and up but will be enjoyable for the whole family. If you just buy the basic pack of Dutch Blitz cards, you can only play with up to four playe and Dutch Blitrs. However, an expansion pack is available so that up to eight people can play. 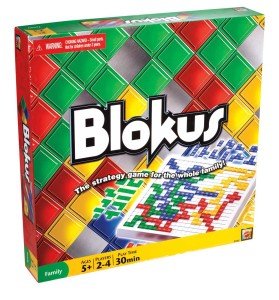 While this game is not technically an educational game, it does encourage abstract thinking and strategy. Although the game is appropriate for kids as young as five, even adults find it challenging.  Blokus can be played with two to four players.

The game features a plastic board with squares on it. The colored, plastic pieces of several different shapes fit on the squares on the board. Players build across the board with their shapes from their own corners. Their pieces, however, can only adjoin at the corners. It sounds simple, but as the game board begins to fill up, fitting a new piece on the board can be a little tricky. When no one can play a tile without breaking the rules, the game is over. Players count the numbers of squares left on their remaining pieces, and whoever has the fewest squares left wins the game.

If you like strategy games, but don’t want to learn a game with lots of complicated rules, Blokus may be just the game for you and your grandchild.

Create some new memories with your grandchildren and give them some fun alternatives to television by playing games on cold winter afternoons. Don’t just complain that kids spend too much time staring at screens these days. Show them how much fun playing games at Grandpa’s house can be. 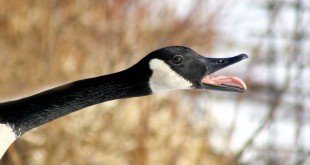 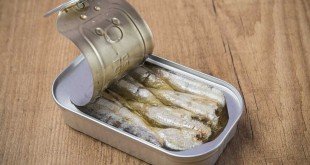 Indoor Game: Sardines Rule for the Game of Sardines; the Inverse of Hide and Go Seek